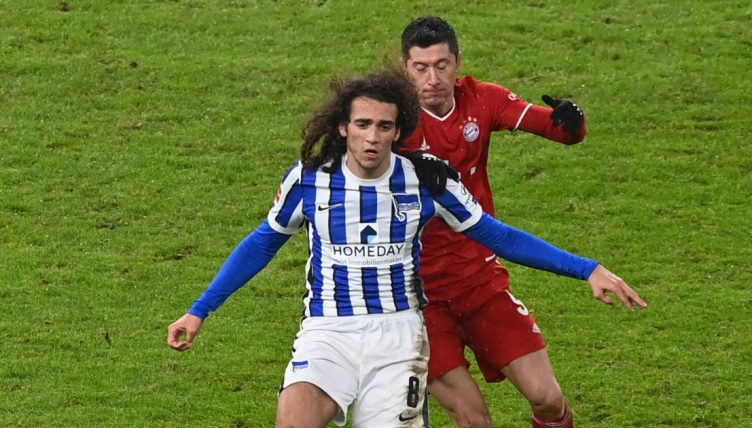 Arsenal supporters’ last abiding memory of Matteo Guendouzi will most likely be of him making a bit of a prat of himself in the 2-1 defeat at Brighton last July, but he’s showing a reminder of what he can offer in the Bundesliga.

Frozen out by Mikel Arteta after losing his cool at the AMEX, reportedly taunting French compatriot Neal Maupay over his comparatively smaller wage, perhaps time away from the spotlight is best for the player.

And this season at Hertha Berlin, he’s certainly been showing flashes of the exciting quality when he first started breaking through.

Guendouzi has every right to feel disappointed that he didn’t end up registering an assist for a late equaliser against perennial champions Bayern Munich on Friday night, after Matheus Cunha sent his dinked effort just wide of the post after being played through by the Gunners loanee.

The 21-year-old shows sensational technique to volley a through ball into the path of his team-mate, taking the ball out of the sky before looping it forward for the Brazilian.