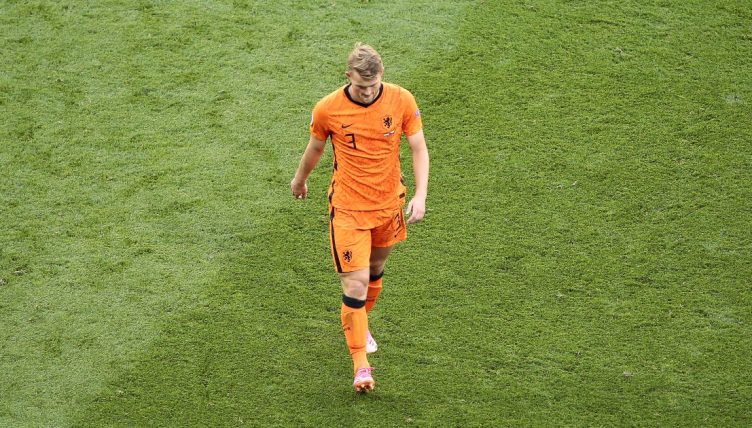 Juventus centre-back Matthijs De Ligt was shown a straight red card for a deliberate handball as the Netherlands were eliminated from Euro 2020.

De Ligt was part of a Dutch side that won all three group games and approached their last 16 tie against the Czech Republic with confidence.

But Frank de Boer’s side were beaten 2-0 by the Czechs and still haven’t won a knockout game at the Euros since 2004.

The game was goalless when De Ligt intercepted a quick counter-attack with his hand to stop Patrik Schick getting through on goal.

The 22-year-old was booked by Russian referee Sergei Karasev but VAR encouraged him to rewatch the incident on the pitchside monitor.

Upon a second viewing, Karasev decided De Ligt deliberately handled the ball and showed him a red card.

Watch: Van Dijk steps up his recovery and scores brilliant goal in training