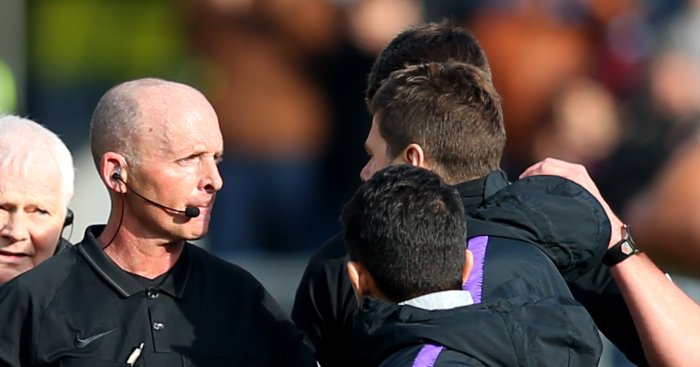 Spurs boss Mauricio Pochettino was not Mike Dean’s biggest fan after the loss to Burnley.

Harry Kane equalised for Spurs on his return to the team after Chris Wood had given Burnley the lead, but Sean Dyche’s men regained it seven minutes from full-time through Ashley Barnes.

The game was a fairly ill-tempered affair with some robust tackling from both teams, which might have explained Pochettino’s frustration.

“It’s weird, maybe the cables crossed in my brain. It’s the first time in ten years. I was always under control but what happened there, happened on the pitch,” he explained in the post-match press conference. I need to find the reason now that we lost the game., not to find some excuse.”