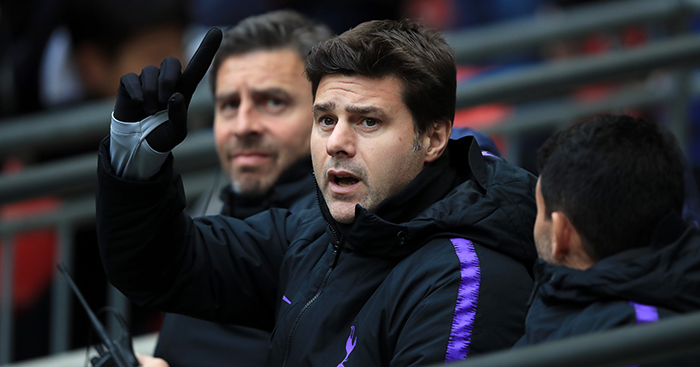 Tottenham got back to winning ways against Cardiff City on Saturday – but Mauricio Pochettino was clearly surprised by how few fans were there to see it.

Spurs had lost their last four games – two in the Premier League and two in the Champions League – going into the Cardiff clash, but Eric Dier’s early goal proved enough to see them to victory at Wembley.

Eighteen points from eight games actually represents their joint best ever start to a Premier League season, but there were vast swathes of empty seats at the national stadium.

The Spurs fans that did attend will have been happy with the win but not the performance, with Pochettino himself admitting they “need to improve a lot” once they return to action following the international break.

The Argentine did not comment on the attendance after the game, but the empty seats certainly didn’t pass him by.

Watch his reaction below.

This is shocking how empty the stadium waspic.twitter.com/5QpNw5l26K