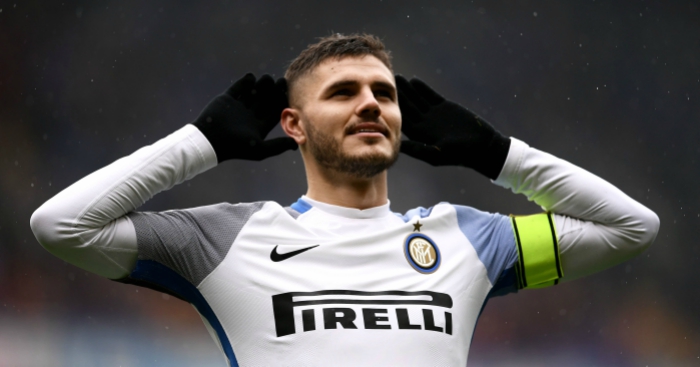 As far as Sunday afternoons go, Mauro Icardi had an absolute stormer as Inter thrashed Sampdoria 5-0 at the Stadio Luigi Ferraris.

While Napoli and Juventus are battling for the Scudetto, Inter are currently fighting to qualify for next season’s Champions League.

And they gave their hopes a big boost with a resounding victory at seventh-place Sampdoria.

Ivan Perisic gave the visitors the lead in the 26th minute, but from then on it was all about one man and one man only.

Argentina international Icardi doubled the lead after half an hour before scoring a second his minute later with a cheeky backheel.

The 25-year-old, who had gone two and a half months without scoring, completed his hat-trick before half-time, and bagged his fourth six minutes after the break.