Watch: Max Allegri produces one of the best first touches of the season 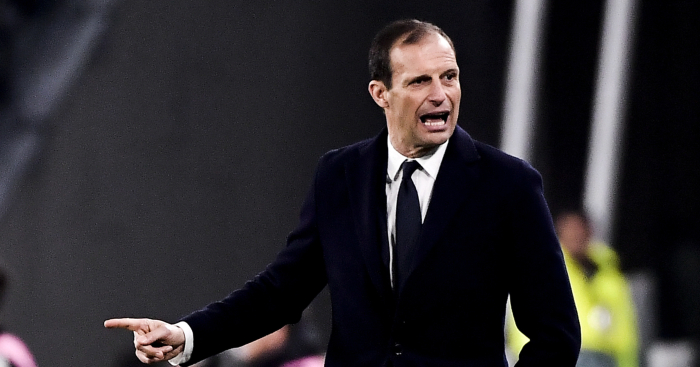 Cristiano Ronaldo may have stolen the headlines after Juventus’ stunning comeback against Atletico Madrid in the Champions League, but manager Max Allegri showed he can still cut it as a player.

Trailing 2-0 to Atleti after the first leg, many fans predicted the wily defensive nous of Diego Simeone’s side would ensure the Spanish outfit had enough to qualify for the quarter-finals.

But Ronaldo had other ideas, scoring a hat-trick to prove exactly why Juventus were happy to spend such a big outlay on the 34-year-old in the summer.

And yet it was manager Allegri who produced the best first touch of the night, cushioning an Atleti clearance out of play with a deft backheel towards his own player.