Watch: Mbappe scores for PSG after sumptuous Messi through ball 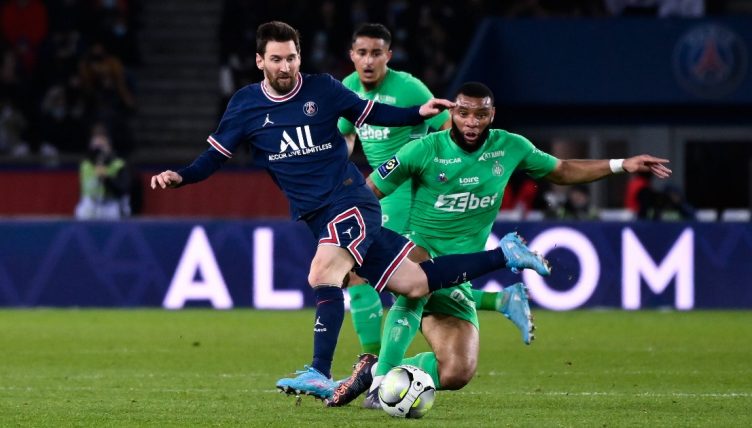 Kylian Mbappe stole the show in PSG’s 3-1 victory over Saint-Etienne last night, but Lionel Messi provided a reminder he’s still got it with a truly brilliant assist.

It was a performance from Mbappe that underlined his claim to be Messi’s successor as the best player in the world, scoring twice before turning creator with a special outside-of-the-boot assist for Danilo Pereira.

PSG had to fight back from a goal behind to claim all three points against Saint-Etienne, with Mbappe scoring the first and second goals of the fightback – both of which were assisted by Messi.

The equaliser, shortly before the stroke of half-time, demonstrated the Argentinian’s unparalleled eye for a pass, with a stunning through ball that broke through the Saint-Etienne defensive lines to find Mbappe.

“Edi [Cavani] remains [in front], we’ll see what happens. Being PSG’s top scorer is nothing to be scoffed at,” Mbappe said after the match, having moved level with Zlatan Ibrahimovic’s total goals tally in second place.

The 23-year-old needs to score 45 more goals for PSG to move ahead of Cavani’s total tally of 200. As good as he is right now, you’d imagine he’d need to extend his contract and stay at least one more season if he’s to achieve that feat.

For now, let’s just enjoy him playing alongside one of the all-time greats. On recent evidence, Messi and Mbappe seem to be developing a special understanding.

The vision from Lionel Messi 😍

Kylian Mbappe finds the equaliser for PSG but this one is all about the genius wearing number 30 🙌 pic.twitter.com/Mx0w5K1qmi