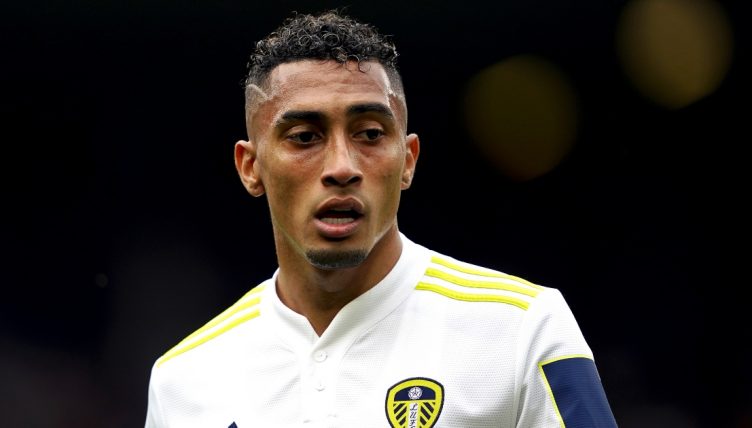 Raphinha may be the apple of every Leeds fans’ eye, but even he is not immune to the infamous curse of the commentator – as Ally McCoist found out to comic effect during the Whites’ Premier League game against Crystal Palace on Tuesday night.

Despite Leeds’ struggles to get into any sort of positive run of form this season, Brazilian winger Raphinha has still been producing moments of magic down the right side of the pitch, doing much to deserve his glowing reputation in Yorkshire.

The Rio Grande do Sul-born 24-year-old has also made his Brazil debut, endearing himself very, very quickly to fans of the Selecao with some terrific displays in their World Cup qualifying campaign.

Even Raphinha, though, could not avoid falling into the trap set by everybody’s favourite co-commentator Ally McCoist in Leeds’ game against Palace at Elland Road.

With a free-kick in a very inviting position to the right of the area, the Scottish former forward was bigging up Raphinha’s delivery.

“This is going to get whipped in with unbelievable pace is my prediction,” said the jocular McCoist.

Of course, Raphinha proceeded to take a terrible free-kick, delivering the ball straight into the hands of fans behind the goal.

“I’m standing by it,” McCoist laughed. “I didn’t say how high it was going to go. There was a lot of pace on it.”