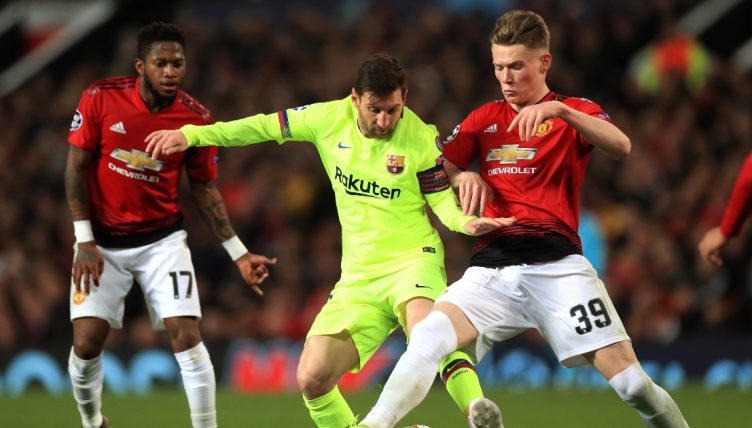 Manchester United midfielder Scott McTominay believes Lionel Messi is the best player in the world, but he had to work to get the Barcelona man’s shirt.

McTominay opted against United legend Cristiano Ronaldo when asked who the best in the world is, quickly answering Messi instead – and he clearly relished the prospect of facing the Argentinian back in 2019.

Barcelona comfortably beat United over two legs in the 2018-19 Champions League quarter-finals, winning 1-0 at Old Trafford before a 3-0 Messi masterclass at the Camp Nou.

In the first leg, Messi was caught by an elbow from Chris Smalling, but he believed it was McTominay, refusing to give the Scotland international his shirt after the match.

McTominay needed Messi’s Argentina team-mate Sergio Romero to go explain the misunderstanding and straighten things out. “No no no, tell him it wasn’t me! Make sure I get that shirt because it’s going in my bedroom,” he recalled to ESPN.

Watch the full story below.