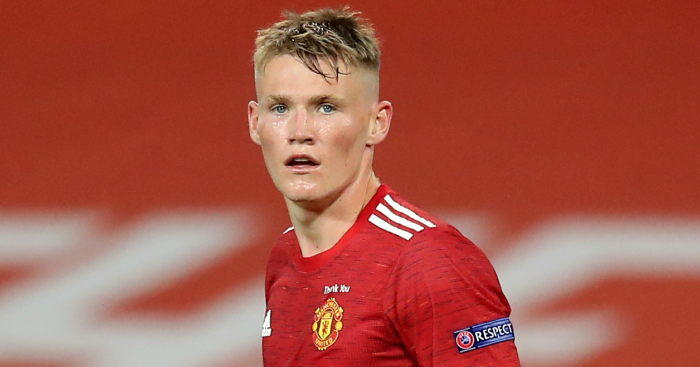 Scott McTominay reacted incredulously when asked if PSG players fall down too easily during his post-match interview following Manchester United‘s defeat to the French outfit.

United midfielder McTominay played the full 90 minutes as they slipped to a 3-1 defeat in their Champions League group match at Old Trafford, which means the Red Devils must now avoid defeat against RB Leipzig to secure a place in the next round.

McTominay was in the thick of the action all night, illustrated by his argument with Neymar as the teams left the field at half-time after accidentally stepping on the Brazilian’s ankle.

Interviewed after the game by Swedish broadcaster V Sport, the Scotland international was asked by the reporter whether he believed “the PSG players fall too easily on the pitch”.

McTominay’s face showed the bewildered reaction of a man asked whether chocolate cake is preferable to instant execution.