Watch: Memphis Depay equalises for Barcelona with a thunderb*stard strike 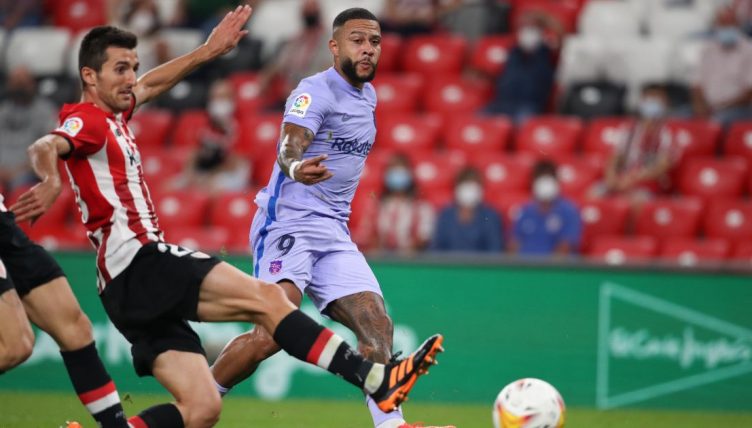 Memphis Depay will not ever become Lionel Messi, but he’s having a bloody good go at filling in for the Argentine at Barcelona, as he proved again with a net-breaker of a strike on Saturday evening against Athletic Club.

Barcelona were trailing 1-0 to a Inigo Martinez header at San Mames as the game drifted towards the last 15 minutes. Memphis decided to take responsibility for digging his side out of their hole.

Sergi Roberto played a lobbed pass through to Memphis in the left channel, the Dutchman just about managed to bring the bobbling ball under control and then came the finish.

Memphis hit a left-footed rocket that nicked off the fingertips of Julen Agirrezabala but was struck with so much force that the ‘keeper had no chance of actually stopping it.

Had Agirrezabala managed to get any more behind it, we imagine he’d have flown into the roof of the net along with the ball.

As Marca wrote in their match recap: “[Memphis] didn’t get the service he deserves from his teammates but still caused problems and was by far Barcelona’s brightest performer.”

SMASHED into the roof of the net for the Barca equaliser 💥 pic.twitter.com/DaqS54yMCW