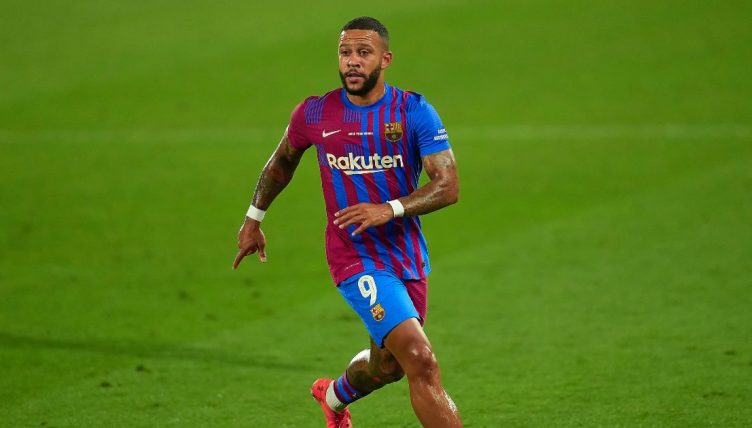 Memphis Depay gave Barcelona fans something to smile about with an impressive La Liga debut against Real Sociedad.

Depay joined Barcelona on a free transfer earlier in the summer and impressed in pre-season, scoring against Girona, Stuttgart and Juventus.

But Lionel Messi’s shock departure and move to Paris Saint-Germain has unsurprisingly dominated the headlines in Spain in recent days.

To make matters worse, Barcelona were initially unable to register Depay and their other new signings due to financial problems.

The issue was resolved after Gerard Pique agreed to take a pay cut and the Netherlands international was named in the starting line-up against Real Sociedad.

He made a brilliant first impression on his competitive debut, channelling his inner Dennis Bergkamp to flick the ball over Robin Le Normand. The defender then reacted by putting his hand across Memphis’ face, conceding a free-kick.

After Memphis set up Pique’s opener in the 19th minute, Martin Braithwaite then scored a brace to give Barcelona a 3-0 lead at the Nou Camp.