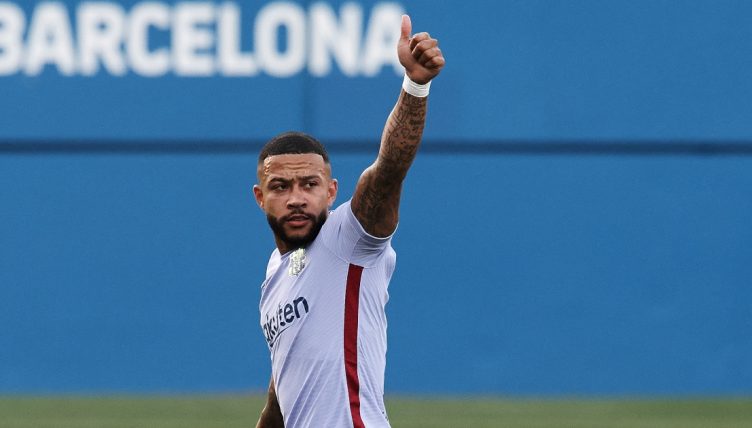 Memphis Depay scored a penalty on his debut as Barcelona beat Girona 3-1 on Saturday evening.

Depay signed for the Spanish giants after spending four successful years in Ligue 1 with Lyon.

And the Netherlands international marked his Barca debut with a goal – just 24 hours after being unveiled at the Camp Nou.

With Ronald Koeman’s side leading second-tier Girona 2-1, Depay was given the chance to open his account for the club from the penalty shot.

While Girona had scored through a cheeky panenka by ex-Leeds man Samu Saiz, Depay opted for a more powerful approach.

The forward leathered his effort into the top right corner of the goal and ensured Barca won the match comfortably.