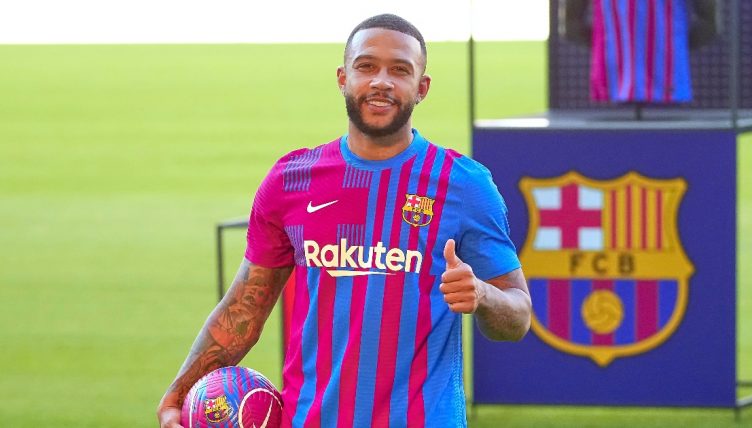 The messy financial situation at Barcelona means that there remains a question mark whether Memphis Depay will be registered for the upcoming La Liga season, but for now he’s free to play in friendlies. And he’s using them to do special things.

Depay, who previously played under Ronald Koeman for the Netherlands national team, arrived at the Camp Nou this summer alongside fellow free agents Sergio Aguero and Eric Garcia. Star man Lionel Messi, meanwhile, is said to have agreed a new cut-price contract.

However, Barcelona may struggle to register Messi, who allowed his previous deal to expire, as well as the three new recruits unless they’re able to alleviate their bloated wage bill – leading to speculation about the immediate future of Philippe Coutinho, Antoine Griezmann and Ousmane Dembele.

While that all looks set to rumble on and cause headaches in the coming weeks, for now we can at least enjoy the football on the pitch. And there sure was something to enjoy as Depay latched onto a ball over the top from fellow Dutchman Frenkie De Jong 20 minutes into Barcelona’s friendly away to Stuttgart.

Depay did brilliantly to control the ball before taking another – dare we say it, Dennis Bergkamp-esque – touch to send the covering defender out of the way. He made no mistake with the finish on the volley from there.

What a goal that is from Memphis Depay! 🔥🔥

He's going to be amazing to watch at Barcelona 👀 pic.twitter.com/roYC5vePXu