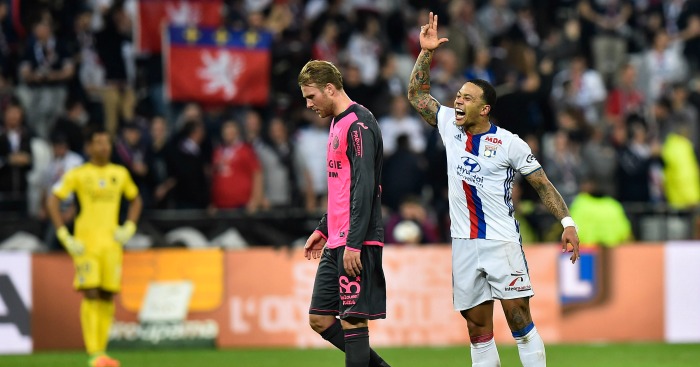 Memphis Depay may have let go by Manchester United, but the winger emulated David Beckham with an incredible goal as Lyon thrashed Toulouse 4-0 at the weekend.

Depay played only 20 minutes of Premier League football for United this season, but he has shone since joining Lyon in January.

With Lyon coasting thanks to goals from Christophe Jallet, Maxwell Cornet and one from Depay himself, the 23-year-old picked up the ball just inside the visitors’ half, spun away from a challenge and amazingly found the net on the turn from fully 46 metres.

Depay has now scored five times in only nine appearances for his new club, with a further two assists to his name.

Speaking about his most recent goal, he told Canal Plus: “I didn’t even see the ball go in, I just heard everyone go crazy.

“I’d tried one like that a few years ago and it hit the bar. I saw the goalkeeper was playing off his line in the first half and I kept that in the back of my mind.”