Watch: Mendy makes superb fingertip save to redeem himself after blunder 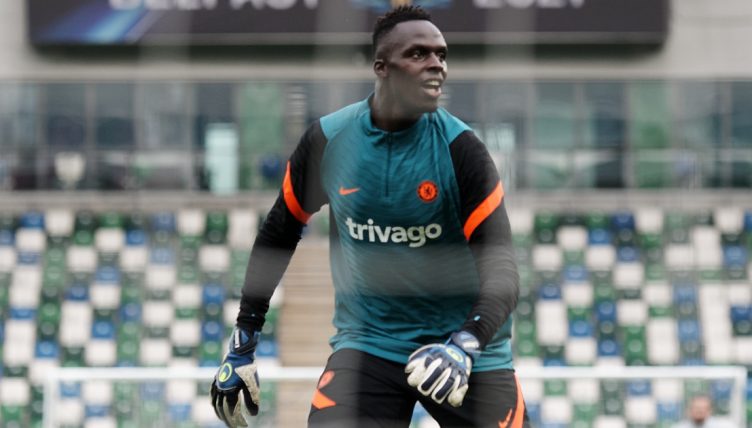 Chelsea goalkeeper Edouard Mendy spared his own blushes with a brilliant fingertip save in the UEFA Super Cup, after his blunder gifted a golden chance to Villarreal talisman Gerard Moreno.

Slipping as he looked to punt his goal kick long, the ball went straight to a yellow shirt and swiftly found its way to Spain international Moreno breaking into the box.

The Villarreal striker looked certain to score, but his effort hit the post. It wasn’t immediately clear on first viewing, but replays showed that Mendy actually touched the ball onto the woodwork with a superb stop, demonstrating great reactions to get down low and get his fingers to it.

The save kept Chelsea’s slender one-goal lead intact in the opening stages of the second half, but it was another warning shot from Villarreal, who grew into the game following Chelsea’s dominant first-half display and opener scored by Hakim Ziyech. Former Liverpool man Alberto Moreno had already given Thomas Tuchel’s Blues cause for concern when his fierce volley rattled the crossbar on the stroke of halftime.

Eventually Villarreal’s pressure told in the 73rd minute as Gerard Moreno capped off a fine performance leading the line with the equaliser, finishing a sharp and incisive move after possession was sloppily given away by Antonio Rudiger.

With 20 minutes left on the clock, Villarreal still trail by a goal…

They've gone closest in the second half after this slip from Edouard Mendy 😬#SuperCup pic.twitter.com/ScMtr8pKB7