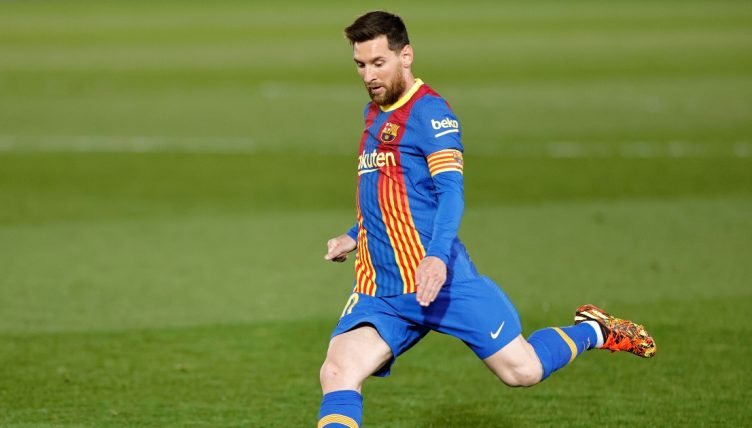 The first half of El Clasico on Saturday night didn’t go to plan for Barcelona, but they nearly got back into the game thanks to a moment of genius from Lionel Messi.

Ronald Koeman’s men went into the break two goals behind after a brilliant backheel flick from Karim Benzema opened the scoring and Toni Kroos doubled Real Madrid’s advantage with a deflected free-kick.

Barcelona dominated possession and territory, but it was Los Blancos that appeared to carry more goal threat, with Vinicius Junior particularly lively on the counter-attack.

But despite that, Messi almost produced one of the great Clasico goals, deciding against crossing to his team-mates and instead going straight for goal.

The Argentinian’s sensational looping effort even beat Thibaut Courtois, who clambered at the ball before being relieved to see it bounce off the crossbar.

Lionel Messi goes inches away from scoring a corner! 😱

The crossbar saves Thibaut Courtois just before half time 😅 pic.twitter.com/4VgvBFPOUb