Watch: Messi asks for Elche keeper’s shirt after taking the p*ss with dribble 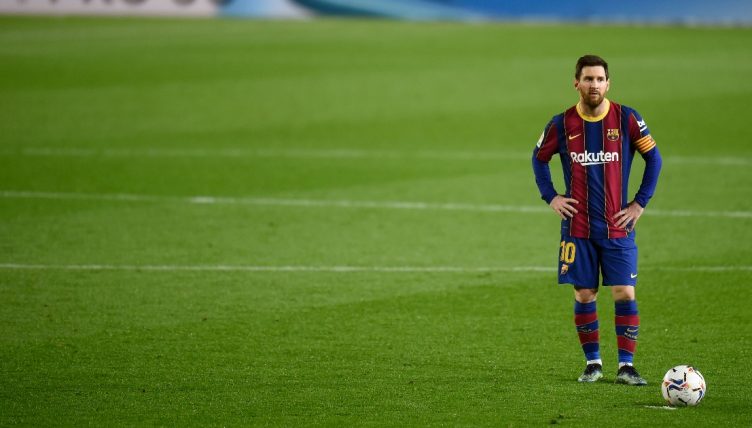 Lionel Messi has shown some incredible moments of close control in his illustrious career, but this latest goal for Barcelona takes the biscuit.

The Argentinian moved top of the La Liga goalscoring charts, with his 17th and 18th goals of the season in a comfortable 3-0 win over Elche, which puts him two ahead of his former team-mate Luis Suarez.

Barcelona remain five points off Atletico Madrid, having played one game more, but even in a poor season that looks likely to end trophyless, Messi continues to rack up the goals.

He opened the scoring against Elche in the opening minutes of the second half, and 20 minutes later he doubled Barcelona’s lead, and in ridiculous style too after good work from Frenkie De Jong to cut it back to him in the box.

Messi might have considered shooting first time through a crowd of bodies, but instead he controlled it brilliantly, turning inside and dribbling straight through the Elche defenders before dinking it in.

Elche keeper Edgar Badia asked for Messi’s shirt after the match, and seemed amazed when the Barcelona icon asked for his in return.

Messi at the double! 😍

A glorious goal from Barcelona as Frenkie De Jong bursts through and assists the legendary No. 10 👏 pic.twitter.com/rFUOveW7T9

Edgar Badia, who’s a fine goalkeeper in his own right, genuinely star-struck and shocked that Lionel Messi would want to swap shirts with him. This kind of adulation is why he’s the 🐐. pic.twitter.com/36mvRNA9xN