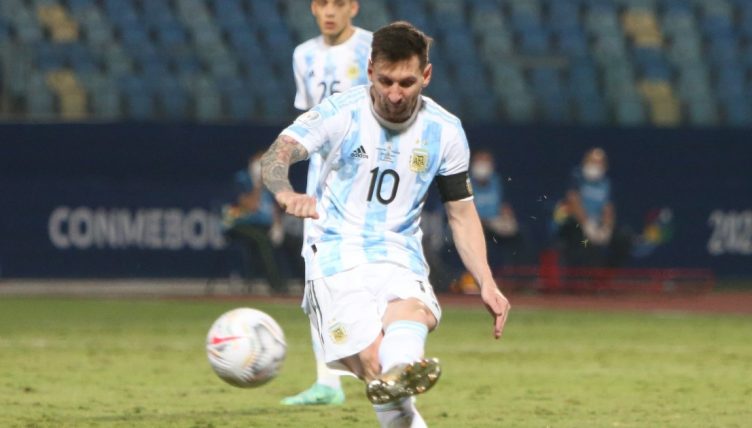 There have been a grand total of two free-kicks scored at this summer’s Copa America and Euros. Both of them have been scored by Lionel Messi.

It’s been an interesting few weeks for Messi, who turned 34 last month and is now officially a free agent after his contract with Barcelona expired. He might be getting on, with off-field headaches, but he’s continuing to produce special performances on the pitch.

The legendary goalscorer has looked close to his very best for a much-improved Argentina at this summer’s Copa America, although he uncharacteristically missed a sitter in the opening stages of their quarter-final victory over Ecuador.

From there, it was business as usual as Argentina cruised to a 3-0 win to book a semi-final against Colombia next week. Messi set up Rodrigo De Paul and Lautaro Martinez for the first two goals, and had an opportunity to score himself when the referee pointed to the penalty spot in injury-time.

VAR then intervened to show the foul had taken place outside the box, but that was no bother for the Argentinian icon, who whipped in a beauty of a free-kick.