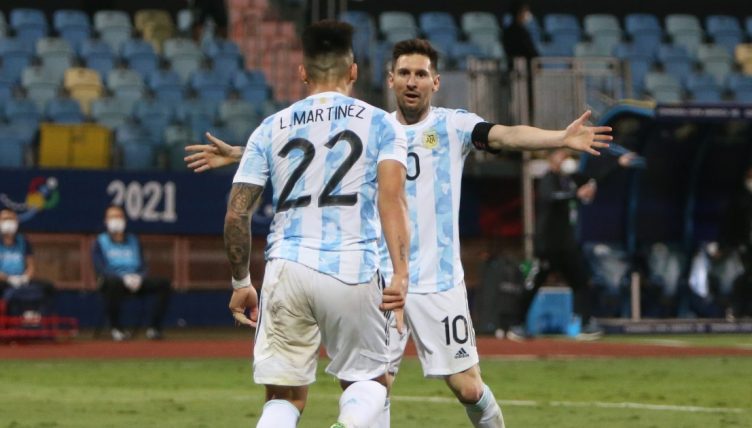 Football scouts ought to take notice of this free agent that looks pretty handy in the Copa America this summer. Lionel Messi‘s the name and he’s shining for Argentina.

We joke, of course, but it really is bonkers that Messi is currently out of contract while producing peak performances like this. It was another masterclass in the quarter-final against Ecuador, a 3-0 victory for Argentina, with a hand in all three goals from their captain, all-time appearance-maker and goalscorer.

The 34-year-old uncharacteristically fluffed his lines after being gifted a one-on-one opportunity (were you watching, Thomas Muller? It happens to the best of us) before making up for it with a superb free-kick in injury-time.

It was only fitting that he got on the scoresheet himself, having set up the first two. In fact, he created two chances in quick succession for Rodrigo De Paul’s opener – first he played in a brilliant through ball into the path of Nicolas Gonzalez, who was clattered by Ecuador keeper Hernan Galindez.

He was then on hand to sweep up the loose ball and play the ball into the path of De Paul, who had a relatively simple finish into an unguarded goal.