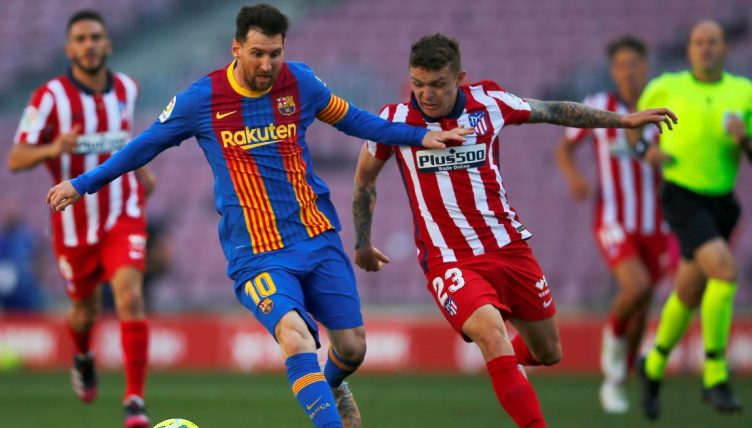 Atletico Madrid and Barcelona met in what was set to be a crunch match in the increasingly tight race for the La Liga title in Spain, and Lionel Messi did his best to provide the magic again.

With just four games remaining at the start of the day, Barca had the chance to leapfrog their visitors into the top spot with a win, but there was nothing to separate the two sides in what turned out to be a dull 0-0 draw.

It leaves Real Madrid with the opportunity to go level on points with Atleti instead, although they will have to beat fourth-placed Sevilla on Sunday to do so.

Messi’s presence always brings possibilities with it, even in what has been a thoroughly underwhelming campaign for Ronald Koeman’s side.

In the 40th minute, the Argentinian set off on one of his menacing runs, drifting past seven Atletico Madrid players before working space for a shot on the edge of the penalty area.

Another iconic Messi goal seemed a certainty, but at full stretch, Jan Oblak managed to tip it round the post.