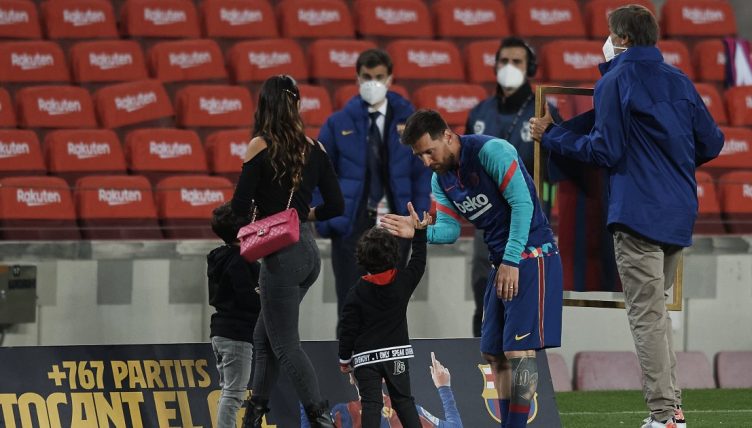 Lionel Messi was joined on the Camp Nou pitch by his family as he was presented with a special commemorative Barcelona shirt after breaking yet another record in their crucial 1-0 victory over Real Valladolid on Monday night.

In playing his 767th game for Barcelona, Messi became the club’s all-time leading appearance maker, moving ahead of his former team-mate Xavi.

Before his side’s La Liga fixture with Valladolid, the Argentina captain was presented with a signed Barcelona shirt from his debut 2004-05 campaign and joined by his wife, Antonella Roccuzzo, and three sons, Thiago, Ciro and Mateo.

Messi seemed set to be frustrated on his landmark night as Valladolid threatened to come away with a draw, only for Ousmane Dembele’s 90th-minute winner to secure a vital win, which cuts the gap to leaders Atletico Madrid to just a single point, with Barca still to play Diego Simeone’s men.