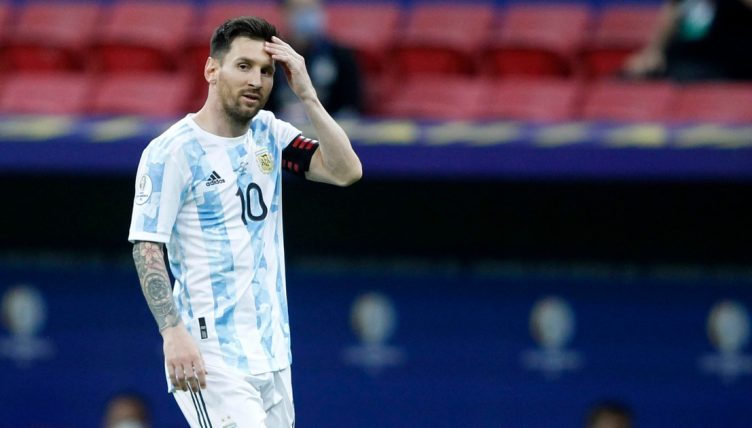 Having scored 672 goals for Barcelona and 76 for Argentina, Lionel Messi is arguably the greatest goalscorer in the history of football. So there are certain expectations when he gets a golden chance.

Given his record in front of goal, everyone watching would have expected the net to bulge when Messi was gifted a one-v-one opportunity against Ecuador. But just like Germany’s Thomas Muller against England in the recent Euro 2020 Round of 16 clash, he somehow missed the target.

In fairness to the Barcelona icon, he did get closer than Muller, having been stood in an offside position when he was played through via a disastrous backpass by an Ecuador midfielder. Messi chested the ball down with the poise and technique you might expect, before coolly slotting home past the goalkeeper… onto the post.

The 34-year-old more than made up for it with another masterclass performance in the end, setting up Argentina’s first two goals before capping off the 3-0 win with a superb free-kick in injury-time.

He’s notched four goals and four assists in five Copa America appearances this summer, leading La Albiceleste into an upcoming semi-final against Colombia. Is this the year he finally wins something with his country?