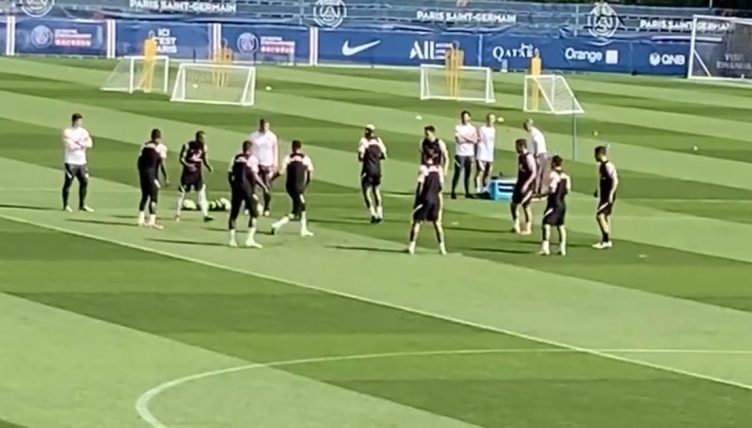 It’s three days since Lionel Messi was officially unveiled as a PSG player and we’re still wrapping our heads around it.

Seeing six-time Ballon d’Or winner Messi, who was Europe’s longest-serving one-club man until the shock move, wearing the new No.30 shirt and embracing Sergio Ramos will take some getting used to. We don’t blame any Barcelona fans for feeling a bit nauseous about it all.

But this is the reality, and with every new clip it starts to sink in. Seeing the Argentinian superstar do the classic ‘rondo’ training exercise with his old pal Neymar and heir to his throne Kylian Mbappe is scary glimpse of the near future.

Daily Mail journalist Craig Hope was at the training ground to capture the footage that gives us a tantalising taste of seeing the trio out on the pitch together.

Having only just returned to training after an extended summer break, don’t expect to see Messi lining up for PSG as they host Strasbourg on Saturday evening. But he could potentially make his debut away at Brest next Friday.