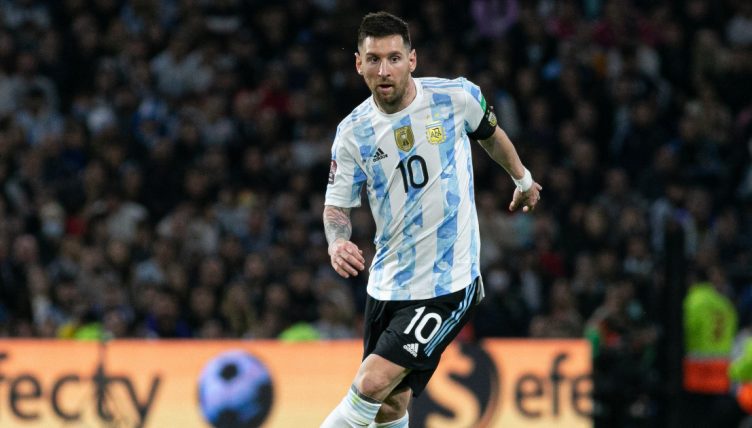 Lionel Messi claimed a goal as Argentina beat Venezuela 3-0 in their World Cup qualifying match at La Bombonera, and he should have had a few assists to his name as well.

The 34-year-old looked back to his best as he tore Venezuela to shreds with his vision, dribbling and passing, and laid on two chances for Inter Milan forward Joaquin Correa with two glorious passes.

The first of these passes came in the first half, as Messi picked up the ball near the halfway line, and effortlessly played a curved through ball to Correa in the box, bypassing four opposition players on the way.

MESSI WHAT A PASS 🤩🐐 Correa… pic.twitter.com/YSD5jRZ1wW

Correa hit the ball straight at the goalkeeper, before failing to get control of the rebound. The 27-year-old has four goals in seven starts for Inter this season, but hardly covered himself in glory against Venezuela.

Messi set up another chance for Correa in the second half, as a nice pass from Nicolas Gonzalez of Fiorentina found Messi on the edge of the box, who played a first-time reverse ball into Correa’s feet.

As Correa attempted to gain control of the ball, he was tackled by a Venezuela defender, spurning yet another opportunity.

The pass from Messi was exquisite and highlighted how his vision always has him a step ahead of the play, and on another day Correa would have finished off the attempts with ease.

Messi was made Argentina captain in August 2011, taking the role from Javier Mascherano, and in that time reached the finals of two Copa America tournaments and 2014 World Cup, before finally winning the Copa America in July 2021.

“The truth is, it’s crazy,” Messi stated after finally winning an international trophy. “The happiness cannot be explained. So many times I’ve had to leave sad, but I knew at some point it would happen. I don’t think there was a better moment than this. This group truly deserved it.

With performances like this, he will fancy Argentina’s chances in Qatar in delivering the one trophy that continues to elude him: the World Cup.