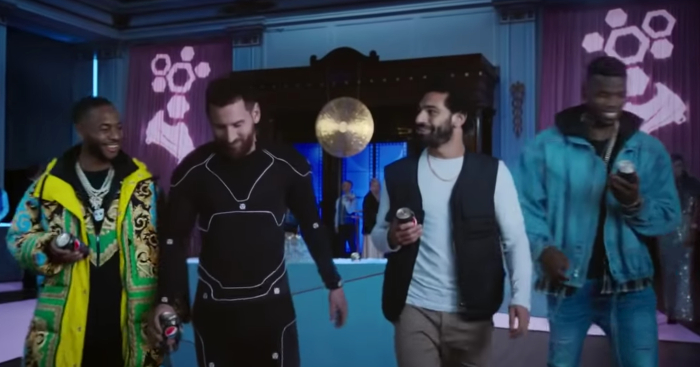 Few companies have made as many big-budget football adverts as Pepsi, and their latest campaign is no exception, with four of the most recognisable faces in the game.

In Mohamed Salah, Paul Pogba, Lionel Messi and Raheem Sterling, they’ve three of the Premier League’s most glamorous names alongside the current Balon d’Or holder, while they can tick off featuring South America, Africa, England and continental Europe’s biggest stars.

You can imagine it will have cost a pretty penny to get the quartet signed up, and it doesn’t look like they scrimped on the budget in production costs either. It’s a typically madcap caper, featuring the four of them fighting over a can of the soft drink, complete with swish editing and clever photography.