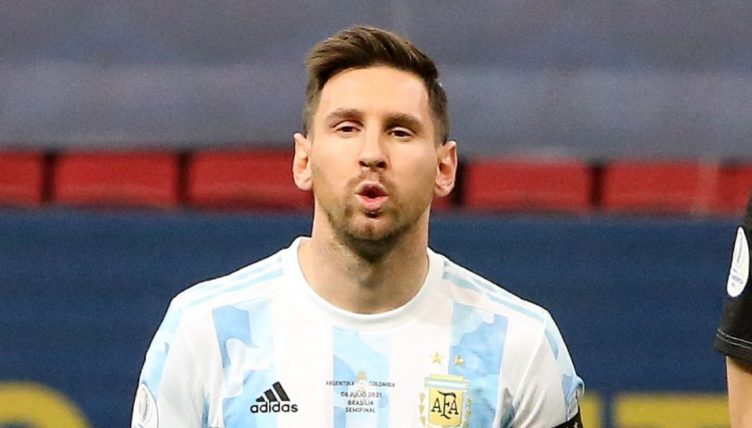 Argentina won the shootout 3-2 following a 1-1 draw in their Copa America semi-final. The victory books them a place in the final against arch-rivals Brazil.

Messi created Argentina’s goal in normal time after rolling the ball across for Lautaro Martinez to finish.

And the Barcelona legend had goalkeeper Emi Martinez to thank after the Aston Villa goalkeeper saved three penalties in the shoot-out.

One of them was from Mina’s effort. The Everton defender scored a penalty against Uruguay in the previous round and celebrated by dancing and sucking his thumb.

Messi is a former team-mate of Mina’s but that didn’t stop him shouting: “How about dancing now?” as the Colombian trudged away.

Argentina will go into Saturday’s final hoping to win their first international silverware since 1993 – and Messi’s first-ever.

Yerry Mina the only player who celebrates a goal in a penalty shootout like it’s a normal goal pic.twitter.com/AWJn1jzmQf