Watch: Messi sets up match-winner against Uruguay in Copa America 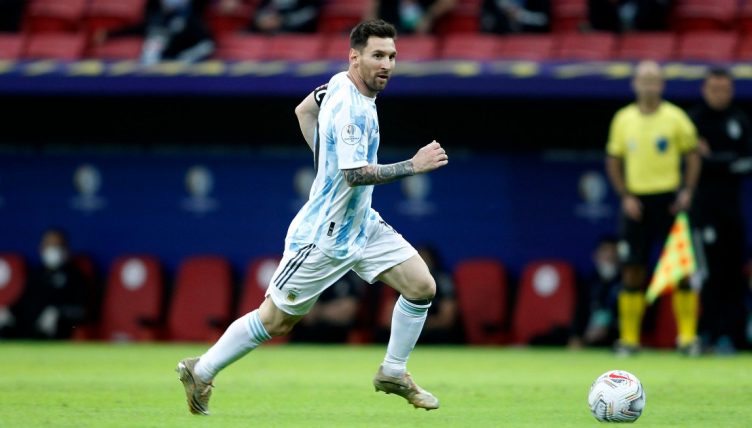 Lionel Messi is looking his usual brilliant self in Argentina‘s Copa America campaign, having made a decisive contribution in their 1-0 victory over Uruguay.

After a short corner routine, Messi did well to turn away from his man and whip in a perfectly-placed cross towards the back post. Real Betis midfielder Guido Rodriguez was on hand to nod home and give Argentina an early lead in the 12th-minute.

Argentina held out from there, seeing out the 1-0 win. They’ve taken four points from their opening two matches, and look set to qualify from the Copa America’s frankly ridiculous group stage.

If you thought third-placed teams in the Euros going through was daft, the South American equivalent features four teams going through from two groups of five.

Messi is still looking for his first major international honour with his country, and he’s looking in the mood to finally do so – in their opening match, he scored a sensational free-kick, opening the scoring in a 1-1 draw with Chile.