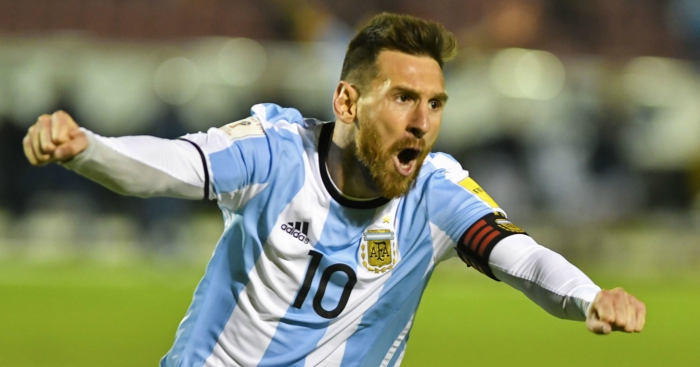 It is often said a World Cup without Argentina is unthinkable – but Lionel Messi and co had us worried about the prospects of Russia 2018 missing La Albiceleste.

After finishing as runners-up in Brazil four years ago, Argentina headed into the final two matches of qualifying in real danger of missing the competition for the first time in almost 50 years.

For those miserable souls who feel the need to pick holes in Messi’s immeasurable talents, the only blot on the Barcelona superstar’s copybook comes in his lack of success with his national team.

It appeared that the 30-year-old was going to be robbed of a last chance to lift the greatest prize in world football.

Despite his detractors, Messi stepped up to fire Argentina to Russia with a hat-trick Ecuador – and our mates at COPA90 were there to capture the tension and drama as the little magician carried the weight of a whole nation on his shoulder.

As always, this is not to be missed.

Watch: Why the f*ck would you buy a football club?