Watch: Mesut Ozil kicks gloves away after being replaced by youngster 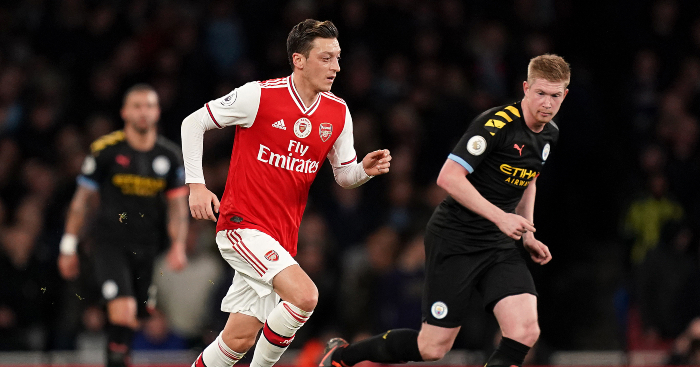 Mesut Ozil endured another afternoon to forget as Arsenal were outclassed by Manchester City in a 3-0 defeat at the Emirates Stadium on Sunday.

Having spent time out of favour this season, Ozil has returned to Arsenal’s starting XI in recent weeks, only to underwhelm as the north Londoners continue to struggle in the wake of Unai Emery’s sacking.

City were dominant on Sunday afternoon, taking the lead after just two minutes through Kevin de Bruyne before Raheem Sterling made it 2-0 after 15 minutes.

De Bruyne made it three before half-time and almost completed his hat-trick moments later, only for Bernd Leno to tip his long-range effort onto the post.

Ozil was replaced 13 minutes into the second half by youngster Emile Smith Rowe, and the German was unable to hide his frustration.