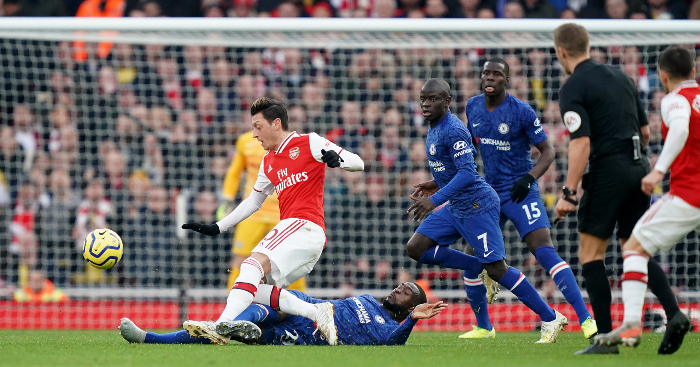 Arsenal may have slipped to a late defeat against Chelsea, but it was another promising afternoon for Mesut Ozil under Mikel Arteta.

Arteta often spoke of his admiration of Ozil while he was still playing at the Emirates and spoke of his encouragement at the German’s display in his first match in charge as manager of the Gunners.

And Ozil excelled in the first half against Chelsea on Sunday, with Arsenal leading 1-0 at the break thanks to Pierre-Emerick Aubameyang’s 13th-minute opener.

Chelsea, however, snatched victory at the death thanks to late goals from Jorginho – following a blunder from Bernd Leno – and Tammy Abraham.

We don’t want that to overshadow Ozil’s nutmeg on Fikayo Tomori in the first half though.