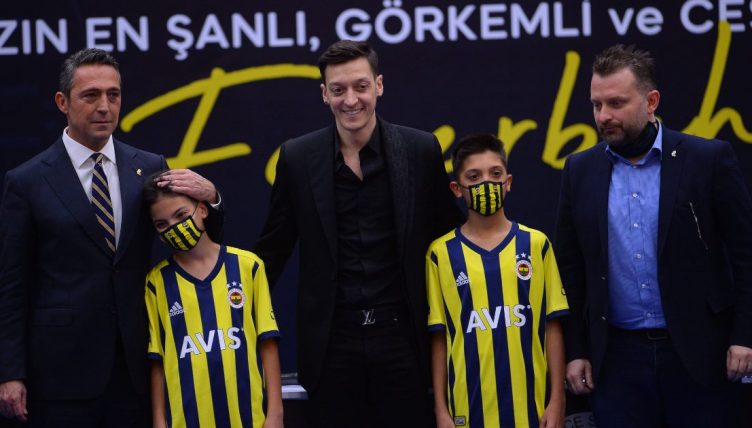 Mesut Ozil may not have played competitive football since March after being frozen out at Arsenal, but the attacking midfielder marked his Fenerbahce debut with a typical pre-assist in his new side’s 2-0 victory over Hatayspor.

Having been omitted from Mikel Arteta’s Premier League and Europa League squads at Arsenal in 2020-21, an agreement was reached to allow Ozil to terminate his contract six months early and join Turkish outfit Fenerbahce. It made the Germany international part of the £210million loss the Gunners have made on player sales over the last five years.

The 32-year-old hadn’t played a competitive fixture since Arsenal’s 1-0 win over West Ham in March 2020, in which he provided an assist, but came off the bench to make his Fenerbahce debut in the final 14 minutes of their clash with Hatayspor.

Fenerbahce were already leading 1-0 courtesy of Mame Thiam’s first-half opener and soon made it 2-0 as Ozil was part of the build-up in the move that led to Jean-Claude Billong’s own calamity own goal. Pre-assist may be pushing it slightly, given Billong did all the hard work.

Aaron Boupendza pulled one back in stoppage time with a stunning volley, but Fener held on to give Ozil his first taste of three points in almost a year.

Mesut Özil on his Fenerbahce debut today: “An incredible feeling. My first game for Fenerbahce. Congratulations to our team, very important 3 points.”