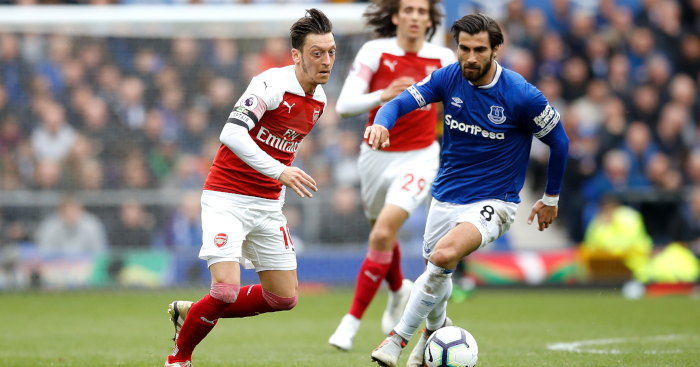 Mesut Ozil endured another frustrating afternoon in an Arsenal shirt as the Gunners were beaten 1-0 at Everton on Sunday afternoon.

Ozil has been in and out of Unai Emery’s Arsenal starting XI this season but was trusted from the start at Goodison Park.

Arsenal failed to impress, however, falling behind to Phil Jagielka’s goal after just 10 minutes, and Ozil was eventually replaced by Alex Iwobi after 74 minutes.

Tensions got the better of Emery and Everton boss Marco Silva late on, and Ozil decided to contribute to the touchline row by throwing his coat in the direction of the two managers.

We have no idea what point he was trying to make, but fair enough, Mesut.