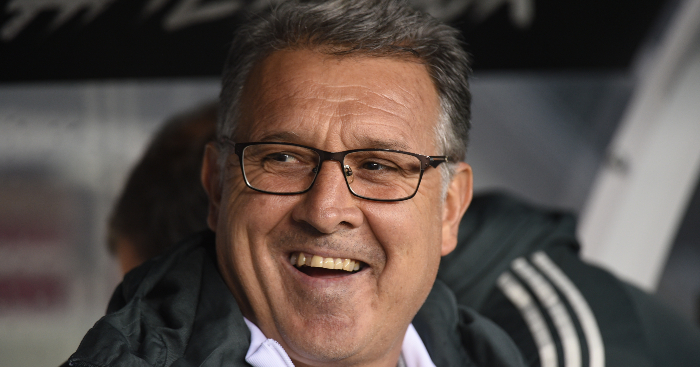 His opposite number, Paraguay manager Eduardo Berizzo, who was last seen managing Sevilla and Athletic Bilbao in La Liga, misplaced a pass that caught Martino unaware. Not only did it knock his glasses clean off, but he also suffered a cut on the nose.

He takes it well, though. The pair of them go way back, team-mates with Marcelo Bielsa’s Newell’s Old Boys in the early 90s.

Martino sustained a cut to his nose after Berizzo accidentally kicked the ball at his face during the match. pic.twitter.com/EIKKwrOpTt

The highest rated FIFA XI of all time: No Lionel Messi or Cristiano Ronaldo

Can you name every Argentine to have played in the Premier League?
Share