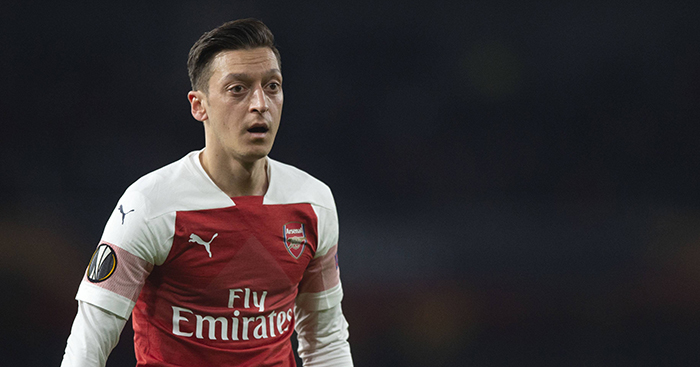 Arsenal beat Napoli 2-0 in the first leg of their Europa League quarter-final at Emirates Stadium, with Mesut Ozil one of several players on top form.

Aaron Ramsey put the Gunners ahead in the 14th minute following a flowing team move before Lucas Torreira cut inside and fired in from 20 yards via a Kalidou Koulibaly deflection.

Ozil was instrumental in the first goal and influential throughout until he was withdrawn in the 67th minute ahead of Monday’s Premier League game at Watford.

Ozil, who scored his first ever Arsenal goal against Napoli in 2013, had fans purring at one point in particular when he passed from left foot to right to escape from a tight position and get past two defenders.