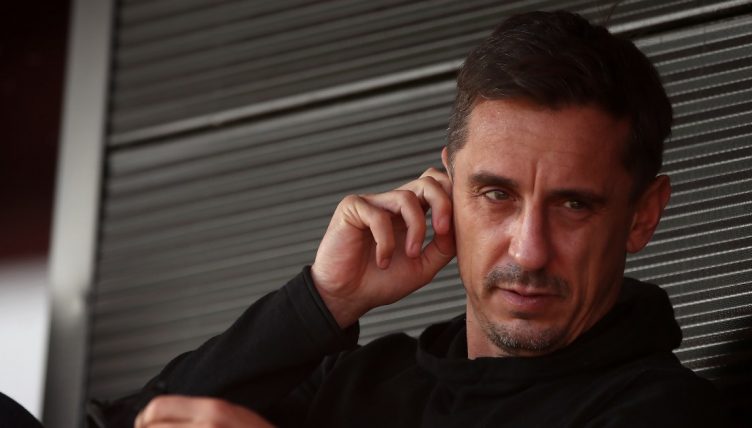 Micah Richards and Gary Neville engaged in a tense debate about the role of interim manager Ralf Rangnick and the state of Manchester United after their 4-1 loss in the Manchester Derby.

It was a poor performance from United, who have now lost both Premier League matches against their local rivals this season.

Rangnick was appointed by United following the dismissal of Ole Gunnar Solskjaer earlier in the season with a view to steady the ship before the club appointed a permanent boss in the summer.

Those linked with the job include Mauricio Pochettino and Erik Ten Hag, with Rangnick moving upstairs after a new manager is appointed.

But Richards questioned the decision to appoint an interim manager, suggesting that United had just given up on the season.

After Neville criticised the former City defender for Ranting, Richards then suggested that United should’ve appointed Antonio Conte instead of Rangnick.

“Ragnick’s best work is done behind the scenes,” Richards said. “They brought him in as interim and he’s not done great, he’s losing all credibility.

“Then he’s going upstairs and a new manager isn’t going to listen to him.

“[They should have] gone for Conte. Conte was available before he went to Spurs, he was the best available manager at the time.

“They didn’t because he doesn’t fit the ‘Man United way’? The Man United way doesn’t win you trophies no more!”

United are now in fifth place and look likely not to make the top four with Arsenal in fourth having three games in hand on them.

It is also all but confirmed that the season will end trophyless, with the Champions League now their only shot at glory and their chances of winning are slim.

"Do they want to be mediocre for the next 10 years, is that what they want?!"

The Super Sunday panel have a heated debate over Ralf Rangnick's position and the managerial role at Manchester United 😳 pic.twitter.com/X7JrwYkGcM