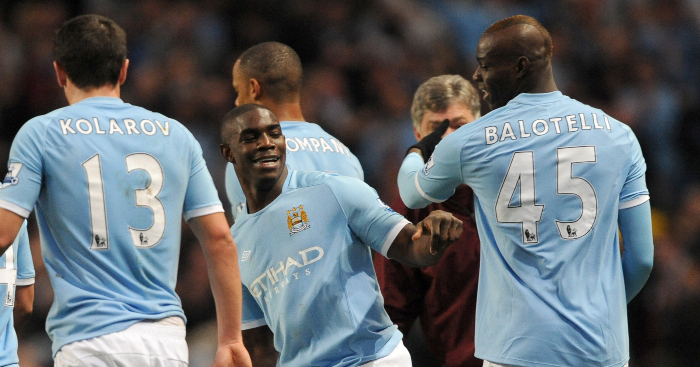 Micah Richards has a number of good stories about playing alongside Mario Balotelli at Manchester City, while the former England international is also in the unique position of having counted Liverpool star Mo Salah as a team-mate at Fiorentina.

Alongside Balotelli, Richards won the 2011-12 Premier League title with City thanks to Sergio Aguero’s iconic goal on the final day of the season.

Balotelli is known for his antics off the field and, speaking to BT Sport, Richards revealed his favourite story about the Italy striker.

The former England defender, now retired, also spoke of his first impressions of Salah while on loan at Fiorentina, and his surprise at just how clinical the forward has become in the Premier League.

"He actually set fireworks off in MY house, he chased me!"@MicahRichards talks taking your chance, FIFA, and Salah at Fiorentina on #FIFAChallenge 🎮