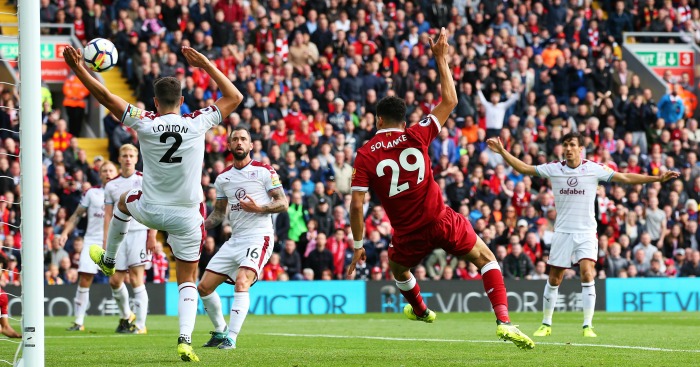 Liverpool were held to a frustrating draw at Anfield by Burnley on Saturday – but it could have been oh so different had Dominic Solanke converted a golden opportunity from close range.

Despite the return of Barcelona target Philippe Coutinho to the starting XI, Liverpool dropped points for the third time in five matches this season, with Scott Arfield opening the scoring for the visitors in the first half before Mo Salah equalised three minutes later.

The Reds had 35 shots at goal but failed to find a winner, with Solanke coming closest as his instinctive effort from inside the six-yard box came back off the crossbar.

The story of Tony Warner, the Liverpool bench and the best-ever PL game