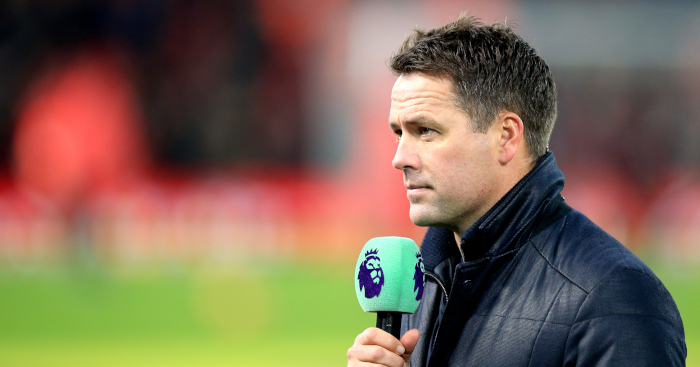 Michael Owen dropped a clanger while being broadcast live on BT Sport as he predicted a Champions League final between Liverpool and Barcelona – without realising the one problem.

Former Liverpool striker Owen is not too popular with supporters of the Reds having later turned out for Manchester United in his career.

The former England international is something of a figure of fun due to his punditry – and adverts – but we do try our best to remember him as one of the most exciting goalscorers of his generation.

Sadly, Owen didn’t help himself when appearing on BT Sport. When asked to predict the two Champions League finalists, he settled on Liverpool and Barcelona.

The reaction from Chris Sutton and co. quickly reminded Owen the slight issue: Liverpool are playing Barcelona in the semi-final.

Who will be in the Champions League final?

Michael Owen drops a clanger on #SaturdaySav and Chris Sutton loves it 😂 pic.twitter.com/yKtx6LFvoz