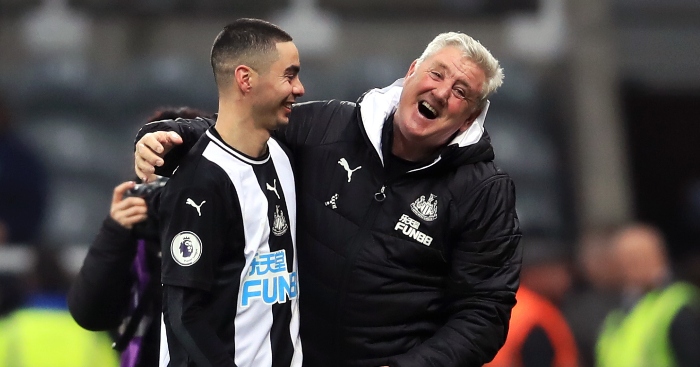 It’s been a long wait for Miguel Almiron to score his first Newcastle United goal but it’s fair to say he enjoyed it when it finally came.

St. James’ Park erupted when the Paraguayan scored a late matchwinner for the Magpies against Crystal Palace. Whipping off his shirt as he ran to celebrate with his team-mates, he was swamped as Newcastle went on to record a 1-0 win.

It clearly meant a lot for the fans and the staff at Newcastle to see him hit the back of the net for the first time, impressively striking the ball past Vicente Guaita on the half-volley. Matt Ritchie, who is injured and was watching from the press box, reportedly “went beserk” as it went in.

Watch the goal and the subsequent scenes of celebration below:

Watch highlights of the 1-0 win: