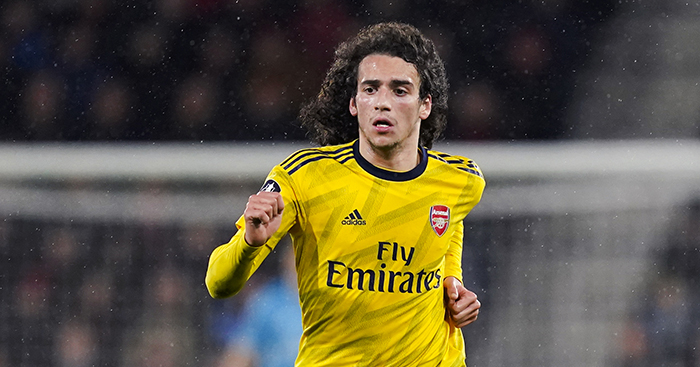 As we have established before on these pages, Mike Dean is the ultimate celebrity ref. So when Matteo Guendouzi got a bit sassy during Arsenal‘s game against Portsmouth, Dean was having none of it.

Dean irked Arsenal by blowing for a foul rather than playing an advantage, then when Guendouzi tried to take the free-kick quickly – twice – Dean twice told him to move the ball back.

Frustrated, Guendouzi theatrically lifted the ball above his head, rushed forward and placed the ball down to try again. But there’s only room for one drama queen on a football pitch, thank you very much, and Dean booked Guendouzi for forgetting that golden rule.

In much less important matters, Sokratis headed Arsenal ahead in first-half stoppage time before Eddie Nketiah doubled the visitors’ advantage six minutes after the restart at Fratton Park.

But the clip you’ve really come for is below so watch and enjoy.

Mike Dean is NOT here for your sarcasm ❌ pic.twitter.com/EtzYdOm4Da

The 11 top forwards Aubameyang has outscored since signing for Arsenal