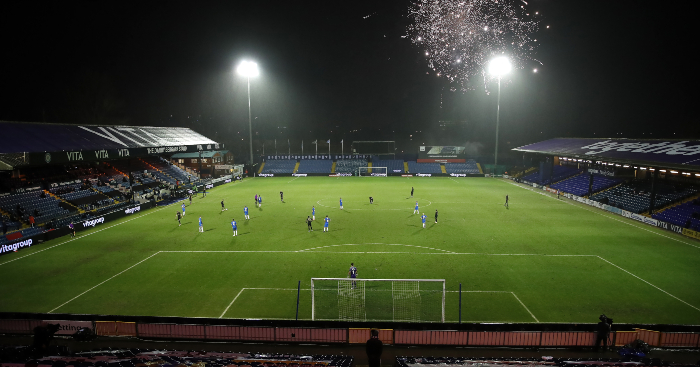 While fans aren’t currently allowed inside football stadiums, Stockport County supporters made their presence known during the FA Cup tie against West Ham.

Fireworks began to go off outside Edgeley Park in the 15th minute of the match and referee Mike Dean was forced to bring a halt to proceedings.

Dean had been unable to hear his fellow officials in his ear and could be seen watching the fireworks with West Ham captain Mark Noble.

After a three minute delay, play then resumed once the display was complete but it proved to be the highlight of an uneventful first half.

Craig Dawson’s late header won the tie for the Hammers and they will now face Doncaster Rovers in the fourth round.