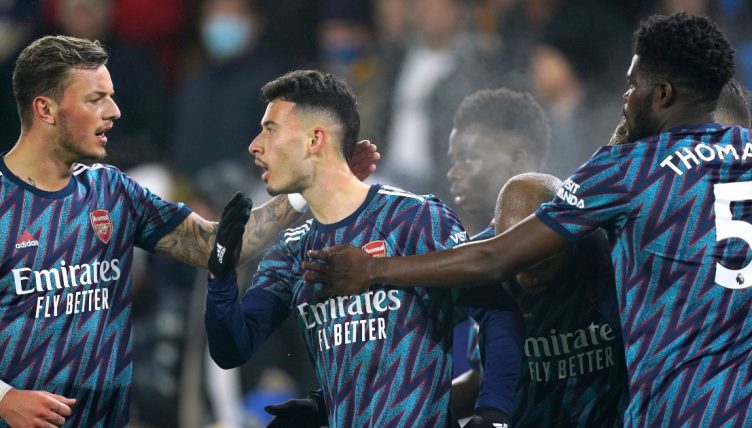 Gabriel Martinelli has been a revelation since his arrival as a teenager in 2019 and is finally getting consistent game time.

After a number of frustrating injuries, Arsenal are finally reaping the rewards of their faith in the 20-year-old, and he scored two stunning goals in a Man of the Match performance away at Leeds United.

Arsenal have struggled to score at times this season, but this was not the case in the Leeds game, as they attacked with intensity throughout, and the Brazilian winger was key to this.

Martinelli created five chances on top of his two goals, the first Arsenal player to do this in an away game since Alexis Sanchez in 2016, and was a constant danger throughout.

He was serenaded by the Arsenal fans at the end of the game and shared a hug with his manager, who has stuck to his guns by picking such a young team whilst leaving the likes of Pierre-Emerick Aubameyang and Nicolas Pepe out of the team.

“He’s come a long, long way because his energy, his passion, his commitment, it doesn’t get much better than that ever,” Arteta said after the game.

“But there are other aspects in the game that he’s had to develop and maintain the ones that he’s exceptional at, like today because when he has chances he puts them away. Again, he’s in the right direction.”

That hug from Mikel Arteta to Gabriel Martinelli 😍

He knows how good he was for Arsenal today ⚽️ pic.twitter.com/594RZJyCQP