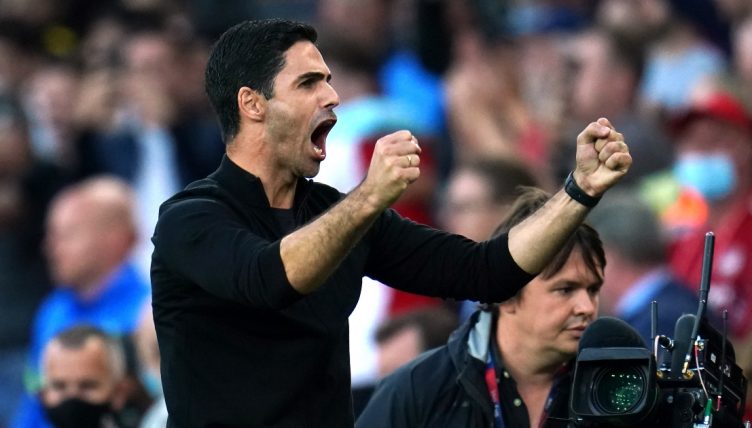 Mikel Arteta has been feeling the pressure as Arsenal made a horrific start to the Premier League season – so nobody could blame him for his exuberant celebrations as his side comprehensively beat Tottenham on Sunday.

Arsenal lost their first three league matches without scoring a goal and found themselves rooted to bottom place during the season’s first international breaks.

But narrow victories over Norwich and Burnley rebuilt some confidence and Arteta’s side tore into their local rivals from the off at the Emirates.

Clasping his fists together, Arteta bellowed with joy and threw a joyful punch towards the jubilant Arsenal support. The manager then produced another animated celebration after the full-time whistle.

“Today is one example of what we can do,” Arteta told BBC Sport after the game. “It’s a special day. This win is for the fans. They were there when we needed their support and now we are creating that connection with the supporters.”