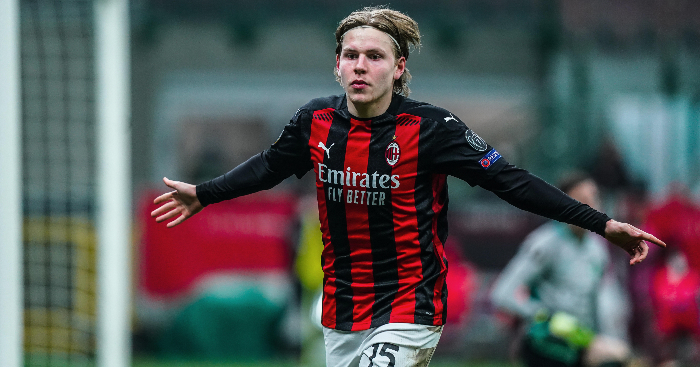 No Zlatan Ibrahimovic? No problem. Rising star Jens Petter Hauge is stepping up to the plate in his absence for AC Milan.

The 21-year-old winger played a vital role in the miraculous Norwegian title won by his boyhood club Bodø/Glimt, scoring 14 goals in 18 appearances before appearing on Milan’s scouting radar.

He secured the switch to the San Siro before the Norwegian minnows sealed the title win, and has had to be patient for regular opportunities given the form of returning 39-year-old talisman Ibrahimovic.

But Hauge is now showing what he can do with a chance, and had work to do as Milan went two goals behind in the first 15 minutes of their Europa League clash at home to out-of-form Celtic.

Just look at his sensational goal, Milan’s third on the 50th minute as they completed their comeback, eventually winning 4-2. He cut inside past three Celtic bodies before coolly dispatching into the bottom corner. Special.

Terrific composure from the 21-year-old 👏 pic.twitter.com/jrQBqXL91k