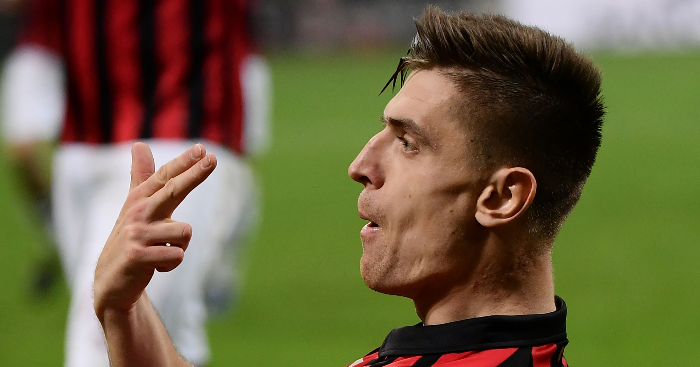 Is there any stopping Milan‘s Krzysztof Piatek? The Polish striker has got off to a remarkable start with I Rossoneri and last night he continued that streak against Empoli.

12 months ago Piatek was a relative unknown, plying his trade at Polish side Cracovia before Genoa moved to sign him in the summer. He got off to a flying start, scoring four goals on his debut in the Coppa Italia, and then scored in his first seven Serie A games – the first player to do that since Gabriel Batistuta.

So impressive was he that Milan opted to replace Gonzalo Higuain with him, and haven’t looked back since. He scored a brace in his first start to knock Napoli out of the Coppa Italia, and has since scored in his first four league games – the first Milan player to do so since Oliver Bierhoff over 20 years ago.

Friday night’s 3-0 win keeps them fourth in the table and for the first time since the likes of Andriy Shevchenko or Zlatan Ibrahimovic, they’ve got a striker with a perfect instinct for scoring.

Milan back in the Champions League, Gennaro Gattuso in the dugout and an absolutely lethal striker leading the line? We’ll have some of that.