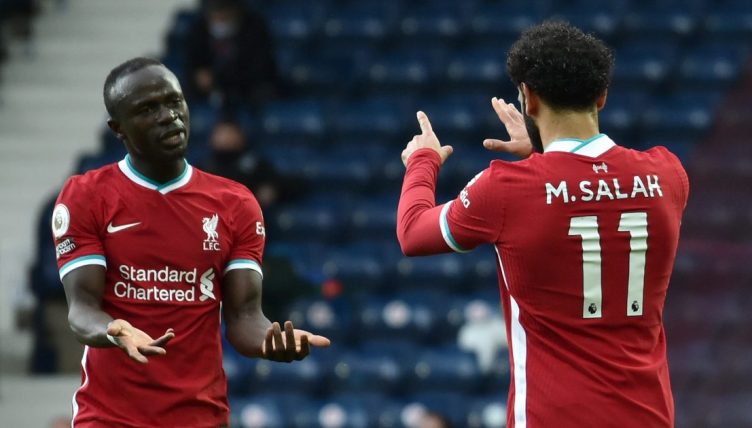 Liverpool went into the game needing a win to keep the pressure on Chelsea and Leicester in the battle for Champions League qualification.

After Hal Robson-Kanu gave relegated West Brom a surprise lead, Salah equalised in the 33rd minute with his 22nd Premier League goal of the season.

Bartley thought he’d restored West Brom’s lead, but Matt Phillips was deemed to be obstructing Alisson’s view from an offside position and the goal was ruled out.

Salah blew a kiss to the sky when the goal was officially ruled out and Alisson went on to score a dramatic late winner.

“There is no interference with the goalkeeper whatsoever,” West Brom boss Sam Allardyce told BBC Sport after the game.

“All those things people say they have to do to stop the goalkeeper saving it… If there was nobody there he still wouldn’t have saved it. It’s baffling.

“Then you turn to VAR and ask why on earth was that disallowed? If down at Stockley Park they said that’s right then that’s nonsense. If they say the referee or the linesman disallowed that goal it’s a disgrace.”

Salah when the West Brom goal was disallowed 🙏 pic.twitter.com/1eY6PQ9VKI