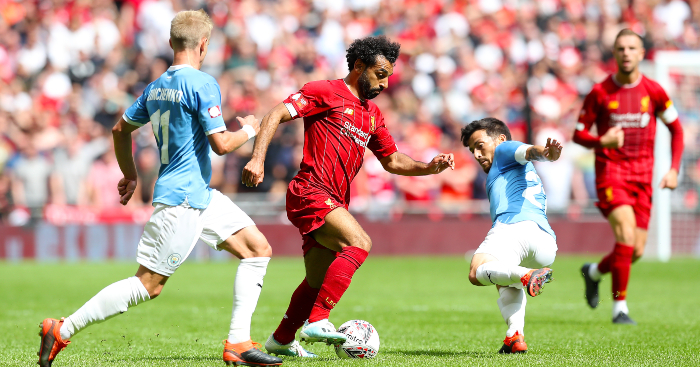 Mo Salah may not have got on the scoresheet during the Community Shield – but the Liverpool forward still impressed in the Reds’ penalty shootout defeat to Manchester City.

City opened the scoring through Raheem Sterling and were in the ascendency in the first half, only for Liverpool to turn the tables after the break.

Salah hit the post after some quick feet on the edge of the box, while Virgil van Dijk also hit the woodwork, before Joel Matip eventually equalised.

The Egypt international almost won it at the death only to see his effort cleared off the goal-line in sensational style by Kyle Walker, and City went on to win it as Georginio Wijnaldum was the only player to miss from 12 yards.

Salah had earlier caught the eye by dancing past three City defenders, and the forward looks ready to hit the ground running in 2019-20.