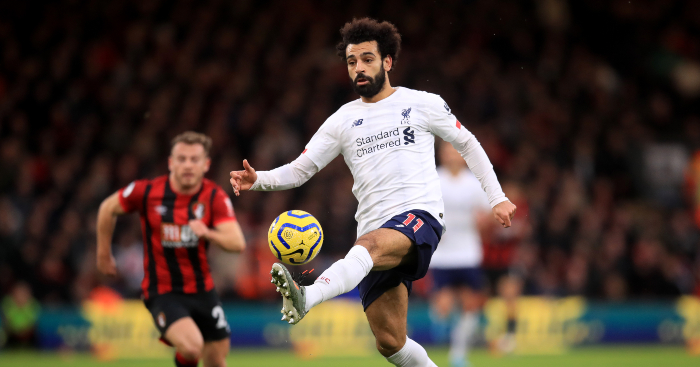 Mohamed Salah was back in form for Liverpool on Saturday as the forward shone in the Reds’ 3-0 win over Bournemouth.

By his own usual high standards, Salah has been quiet for Liverpool in recent weeks, scoring once in his previous five matches heading into the clash at Dean Court.

But the Egypt international scored Liverpool’s third in the win over Eddie Howe’s men and also provided the assist for Naby Keita to make it 2-0.

And he also caught the eye with a brilliant first touch from Andy Robertson’s long pass, suggesting he is now back to full sharpness after an ankle injury.

This piece of control by Salah from r/LiverpoolFC