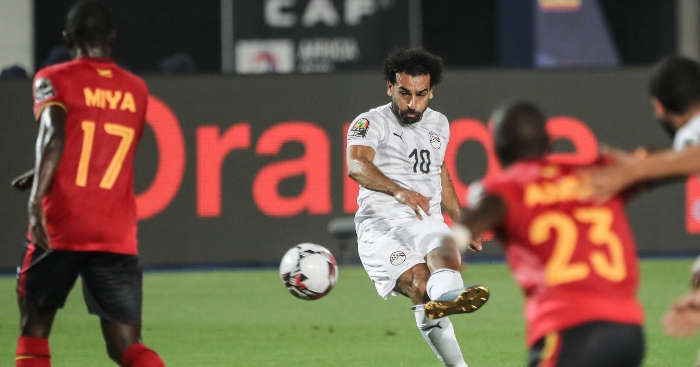 Mohamed Salah showed no signs of letting up in 2018-19 as the Liverpool forward scored a brilliant free-kick to fire Egypt to victory over Uganda in the African Cup of Nations.

Having won their opening two matches, Egypt ensured they ended the group stages with a 100% record with a 2-0 win.

Salah had already opened his account for the tournament in the 2-0 success over DR Congo in Egypt’s previous fixture, and he opened the scoring on Sunday night with an excellent curling finish from 25 yards out.

Aston Villa right-back Ahmed Elmohamady bagged a second in first-half stoppage time as Egypt progressed to the round of 16, where they will play one of the best third-place finishers.

Watch: Steven Gerrard rolls back the years with great finish in Rangers training